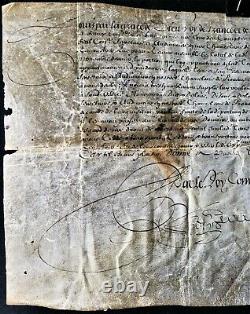 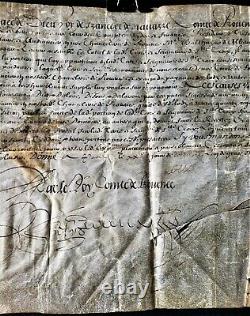 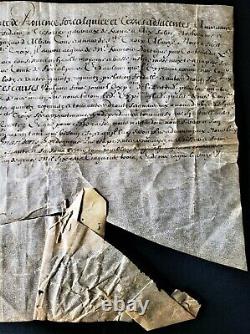 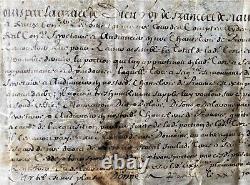 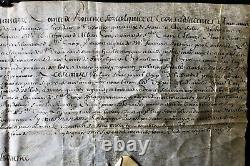 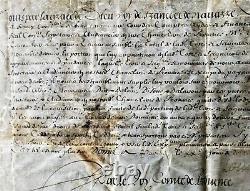 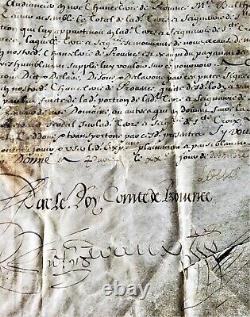 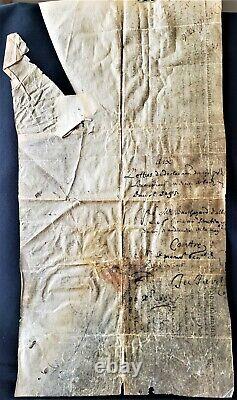 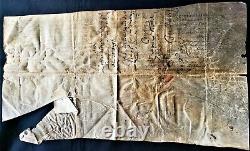 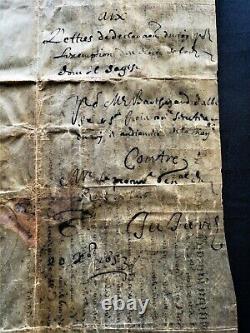 "KING LOUIS XIV DOCUMENT ON LARGE PARCHMENT SIGNED AS COUNT OF PROVENCE IN PARIS ON DECEMBRE 1653". Size: 21" x 14.3" (53.5 cm x 36.5 cm). Provence : The territory was ceded to Louis XI by Margaret of Anjou, the heiress, on 19 October 1480, and united to the crown in the following year; however, the Union was legally reversed by the 1486Edict of Union, which stipulated that Provence and its accompanying territories would "in no way be subordinated to the crown or realm of France".