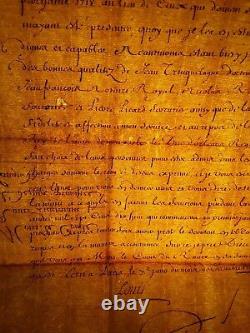 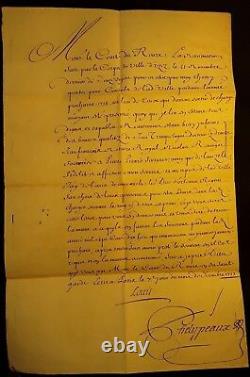 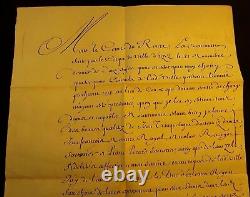 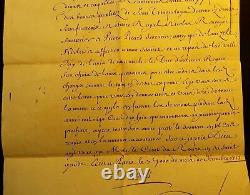 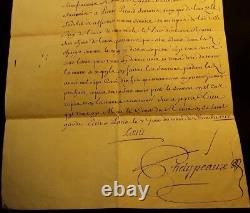 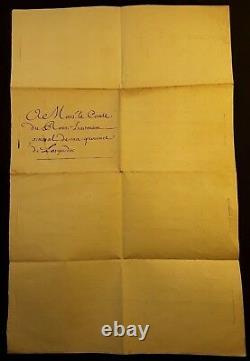 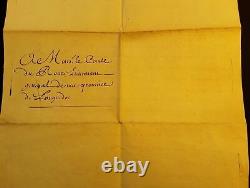 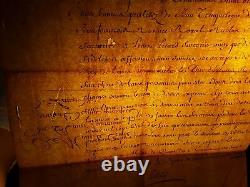 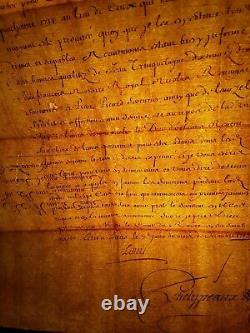 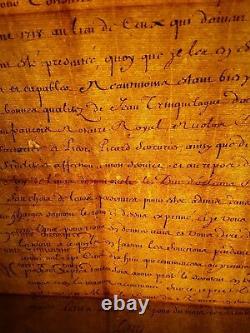 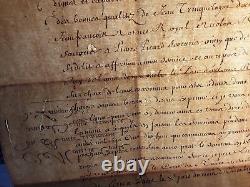 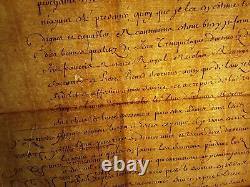 Designation of Consuls of City of d'Uzes (Languedoc) dated December 7, 1717 in Paris communicated to the Count of Roure. Louis XV (15 February 1710 10 May 1774), known as Louis the Beloved was a monarch of the House of Bourbon who ruled. As King of France from 1 September 1715 until his death in 1774. He succeeded his great-grandfather Louis XIV at the age of five. Until he reached maturity (then defined as his 13th birthday) on 15 February 1723, the kingdom was ruled by Philippe II, Duke of Orléans, as Regent of France.

Cardinal Fleury was his chief minister from 1726 until the Cardinal's death in 1743, at which time the young king took sole control of the kingdom. His reign of almost 59 years (from 1715 to 1774) was the second longest in the history of France, exceeded only by his predecessor and great-grandfather, Louis XIV, who had ruled for 72 years (from 1643 to 1715). He ceded New France in North America to Spain and Great Britain at the conclusion of the disastrous Seven Years' War in 1763. He incorporated the territories of the Duchy of Lorraine and the Corsican Republic into the Kingdom of France.

He was succeeded in 1774 by his grandson Louis XVI, who was executed by guillotine during the French Revolution. Two of his other grandsons, Louis XVIII and Charles X, occupied the throne of France after the fall of Napoleon I. Historians generally give his reign very low marks, especially as wars drained the treasury and set the stage for the governmental collapse and French Revolution in the 1780s. Size: 14.5" x 9.5" (37 cm x 24.5 cm).