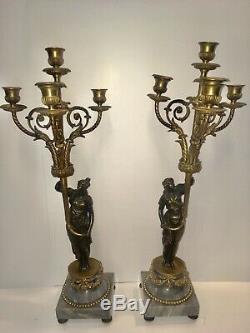 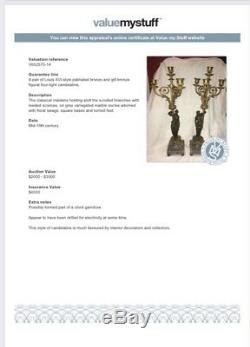 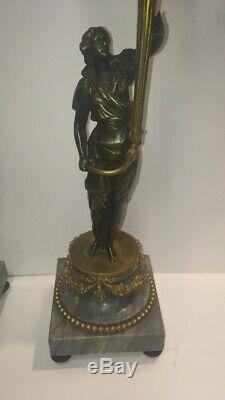 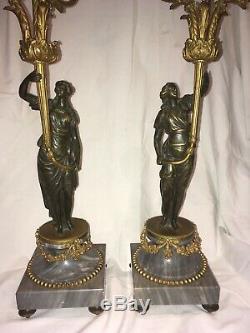 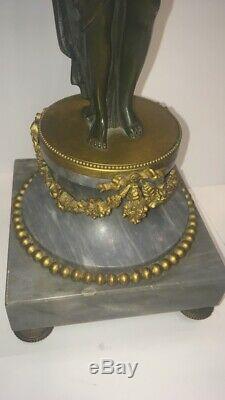 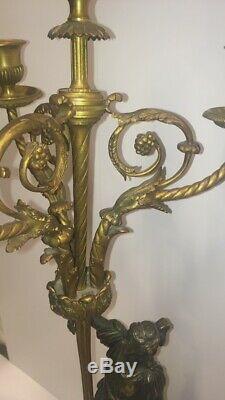 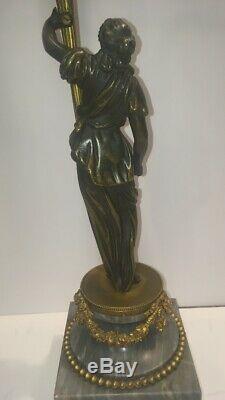 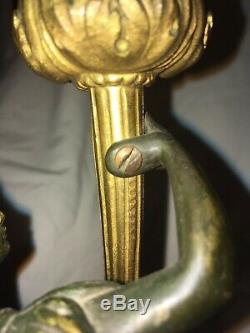 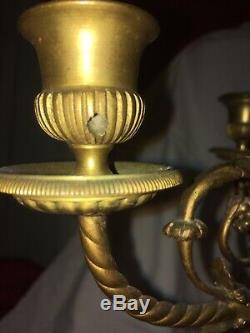 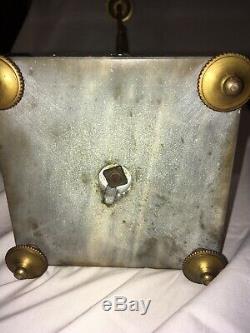 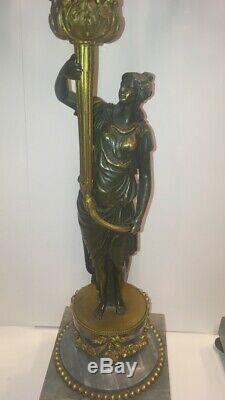 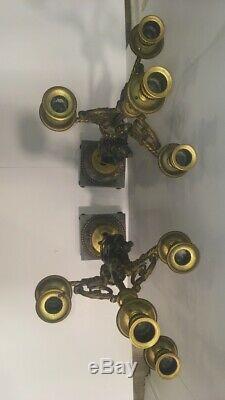 Each one holds four candles each. Has Patinated Bronze Maidens with Gold Gilt, On Grey Marble base. Possibly formed part of a clock garniture. Appear to have been drilled for electricity at some time. This style of candelabra is much favoured by interior decorators and collectors.