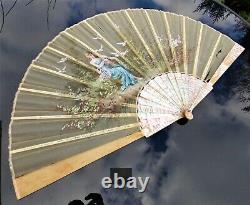 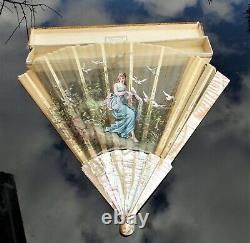 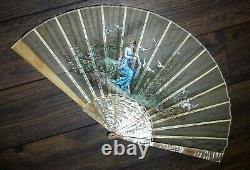 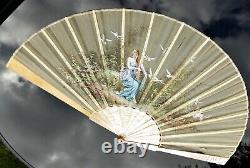 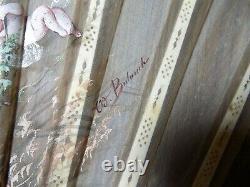 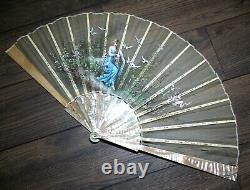 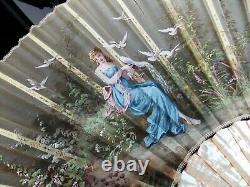 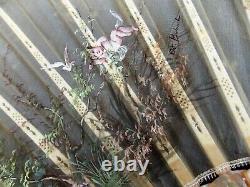 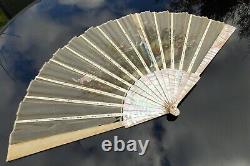 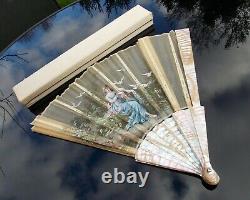 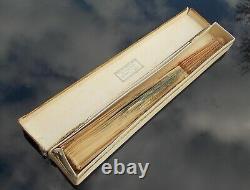 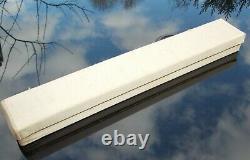 Open the Fan is 26 inches wide. BEAUTIFUL RARE Louis XVI FRENCH Chard in HAND PAINTED SILK HAND HELD FAN -SIGNED. Chardin is one of the finest 18th century Fan makers of Paris and was highly sought after even back in the 18th century.

My photos dont do the Fan justice. In wonderful condition for its ages with just minor wear to the a little of the paint and some splitting to the silk as shown, that being said it doesnt detract at all from its rare beauty, just mentioned for accuracy. Twirling in left hand we are watched. Twirling in right hand I love another.

Open and shut you are cruel. Open wide wait for me.

Presented shut do you love me? With handle to lip Kiss me. In right hand in front of face Follow me.

Drawing across the cheek I love you. Placing on left ear I wish to get rid of you.

Perfumer of the Children of the King (Charles X). Maguy transferred the business in 1818 to a third perfumer, Felix Chardin, who was appointed Napoleon IIIs personal perfumer. It was in 1815, according to the almanacs of the time, that Maguy-Houbigant gave way to the perfumer Chardin who had already formed a dynasty of perfumers. The reputation of the Chardin family trade was firmly established before the master perfumer Jean-Theodore Chardin. Chardin's perfumes were well known by the wives of the aristocracy.

The earliest mention I have found for them was for Gervais-Chardin "Parfumeur a la cloche d'argent" of rue St Martin in 1790 where their shop had a sign with a silver bell on rue St. Chardin gave not only his attention to the invention of new perfumes, but above all to the perfection of all. His shop offered, with all that is exquisite, perfume, the thousand small objects for the use of a woman; bottles, vases, small baskets of porcelain, and fans, as well as charming furniture designed to receive toiletries. The Revolution was a turbulent time, for perfumers, who lost their most affluent customers, often to the guillotine. But they had a new champion, in Napoleon Bonaparte who just loved Eau de Cologne, and used it extravagantly throughout his life.

He had a standing order with his perfumer, Chardin, to deliver 50 bottles a month. He loved its cooling qualities and after washing, would drench his shoulders and neck with it. He particularly loved the scent of rosemary, which is a key ingredient in eau de Cologne, because it flourished along the cliffs and rocky scrubland in Corsica, where he was born. A quarterly bill for 1806 shows Chardin supplied 162 bottles of eau de Cologne costing 423 francs (as well as 26 pots of almond paste, for 355 francs, and 20 sponges, price 262 francs).

The item "BEAUTIFUL RARE Louis XVI FRENCH Chardin HAND PAINTED SILK HAND HELD FAN -SIGNED" is in sale since Saturday, March 6, 2021. This item is in the category "Antiques\Silver\Solid Silver\Boxes". The seller is "silver_treasures" and is located in ledbury. This item can be shipped worldwide.